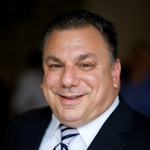 Mr. Freschman is a Managing Principal of Innovation Capital Advisors, LLC (ICA). ICA serves as the management company of Innovation Ventures, L.P. (IV), a licensed SBIC, and the Delaware Innovation Fund (DIF), a state and community sponsored economic development venture capital firm. Mr. Freschman has been responsible for all aspects of IV’s and the DIF’s management since its inception, including the busines strategy, fiscal and operational management, raising investment capital, and evaluating all investment opportunities and portfolio company management. He served as the President and CEO of the DIF since its establishment in 1995. The DIF is a seed and early stage venture capital fund that focuses on entrepreneurial ventures in the Mid-Atlantic region.   Read More

Mr. Freschman is active in the venture and entrepreneurial communities, sits on a number of Boards, and has been a lecturer on such topics at The White House Conference on Small Business, The Wharton School of the University of Pennsylvania, Temple University, the University of Delaware, Goldey-Beacom College, and Loyola College in Baltimore. He is the creator and founder of Early Stage East – the premier early stage venture capital fair on the East Coast. In 2001, Mr. Freschman was appointed by Gov. Ruth Ann Minner to chair the venture capital study of the state’s Strategic Economic Council. Mr. Freschman was appointed and served a three-year term representing New Castle County, Delaware on the Federal Reserve Bank of Philadelphia. Mr. Freschman was awarded Small Business Financial Advocate of the Year by the US Small Business Administration.

Mr. Freschman has served on various boards of directors of companies including Foxfire Printing and Packaging, Business Intelligence International, Skill Survey, Smart Button, Market Data Insite, Solstice Software and Maverick Network Solutions, among others. He is also actively involved in community activities and has served on the boards of the Kutz Home Nursing Home, New Castle County Chamber of Commerce, Junior Achievement of Delaware, Delaware Society of CPA’s, and the American Israel Chamber of Commerce, among others.

Prior to establishing the DIF, Mr. Freschman was responsible for the formation of the corporate finance advisory division of McBride Shopa and Company, one of the largest certified public accounting and consulting firms in Delaware. Mr. Freschman began his career with the Enterprise Group of the Philadelphia office of Arthur Andersen, LLP, from 1984 through 1989. Mr. Freschman graduated with honors with an MBA from Loyola College of Maryland and cum laude from the University of Delaware with a B.S. in accounting, where he was a John B. Lynch Scholar. He is also amember of Beta Gamma Sigma – the National Honor Society. 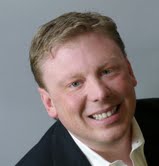 Erik has managed to find that niche in his professional life that allows him to fulfill two diverse and sometimes polarizing desires; that of the artistic, nonconforming, jeans and t-shirt creative loner and that of the 9-5 suit and tie, build a business from the ground up entrepreneur. The loaner side is satiated as a freelance graphic designer and video producer. As founder of EDS Studios, Erik has spent over 10 years working on countless media projects ranging from simple print medium pieces to full corporate video productions and everything in-between. He is expertly skilled in most of the major creative applications including Adobe Illustrator, Adobe Photoshop, and Apple’s Final Cut Pro. In 2005 Erik produced a video for Early Stage East introducing Daymond John as the Keynote Speaker to a venture capital audience.   Read More

At that same time Erik had been working on some t-shirt designs that he never really gave any thought to taking to production. After having the chance to meet Daymond and, over the next couple years, some other influential people in the fashion industry Erik made the leap to designer and entrepreneur. He founded Uhma, a casual luxury apparel line that today is in the start-up phase, trying to introduce the fashion world to yet one more brand. Stay tuned for the results.

Serving as the Creative Director for both Early Stage East and its sister company FashInvest, Erik has been given the opportunity to not only use his creative skills to market the company but also immerse himself into the venture and investment capital community. The experience and wisdom of both David Freschman and Karen Gryga have been invaluable in helping Erik to understand the financial structures, and potential challenges facing any startup looking to obtain investment capital.

Erik graduated with his BSBA from Villanova University with additional course work at the Delaware College of Art and Design. He is the father of one and lives his life searching to find the perfect balance between, employee, entrepreneur, husband and father – a challenge he feels blessed to peruse each and every day.